My Family, My Enemy

Orestes, torn between mother and father: his suffering caused by his family

It’s hard to talk about my past and discover where the divergence in problems begins, for my family has historically been downright abusive, neglectful, and toxic. My childhood is full of moments of abandonment, lies, and scapegoating, and as a result of the disease of life, I was eventually made into a Third Culture Kid, dragged around the world with no end in sight and the belief I’d eventually return to the childhood friends and home I was taken from a delusion I held onto for sanity. Consequently, by becoming the Third Culture Kid I am, it created an even deeper divide between my family and I.

END_OF_DOCUMENT_TOKEN_TO_BE_REPLACED

“Thou Art That”: Traversing the Portals of Reality

Prologue: Returning to the Cave After Awakening from Dreams/Reality Bites.

The cave allegory of Plato best conveys the frustration I have with my inability to explain what makes perfect sense to me to others caught in the mundane world. What I have learned in my travels and spiritual revelations (both related to each other–the more I travel, the more spiritual I become, and the more spiritual I become, the more I travel) is that this is very much like speaking to cave dwellers as Plato describes it (abbreviated here for concision):

Plato has Socrates describe a gathering of people who have lived chained to the wall of a cave all of their lives, facing a blank wall. The people watch shadows projected on the wall by things passing in front of a fire behind them, and begin to designate names to these shadows. The shadows are as close as the prisoners get to viewing reality. He then explains how the philosopher is like a prisoner who is freed from the cave and comes to understand that the shadows on the wall do not make up reality at all, as he can perceive the true form of reality rather than the mere shadows seen by the prisoners.

But the problem is, when you return to the cave and tell people what is reality, they look at you and think you are a mad man. And indeed: most people dismiss me as crazy.

END_OF_DOCUMENT_TOKEN_TO_BE_REPLACED

Repatriation Report: Out of the Ice

Alone in the world.

As of today, I will have been back in North America for 23 days–nearly two years of being being in an alternate universe known as Cambodia (or rather, a few different universes, considering it’s been many, many countries in the developing world since I disappeared in 2012). I could handle the malaria and dengue, the landmines and gunshots, the muggings and chaos on the streets, because it gave life meaning as I was there to directly experience the impact I made in the work I’ve done helping others. But the biggest challenge is finding that place I belong when in civilian life, where the world I come from is practically science fiction or a Hollywood movie, and people trivialize my life by whatever stereotypes they see on television and make funny assumptions.

END_OF_DOCUMENT_TOKEN_TO_BE_REPLACED

Multiculturalism is a Lie Part 2: Californication and Talking to City-Slickers

It’s refreshing to talk to a certain kind of person who is well-traveled, one who understands that their assumptions about people on a group and individual level go right out the door whenever they meet someone new. So far, I’ve gone through Hong Kong, Singapore, Manila, Jakarta, and Bangkok in the past few months, and next week I will be in Colombo. There’s a lot I do have to say that only reinforces my last post on the lie that is multiculturalism now: it’s better to be an outsider and recognized as one by both others and by yourself than it is to be an outsider trying to fit into cities and societies that pride themselves on the falsehood that is diversity.

END_OF_DOCUMENT_TOKEN_TO_BE_REPLACED

Recently, I posted several thoughts on my feed that brought a lot of approval, so here they are with a little side commentary as a preface to them.

END_OF_DOCUMENT_TOKEN_TO_BE_REPLACED 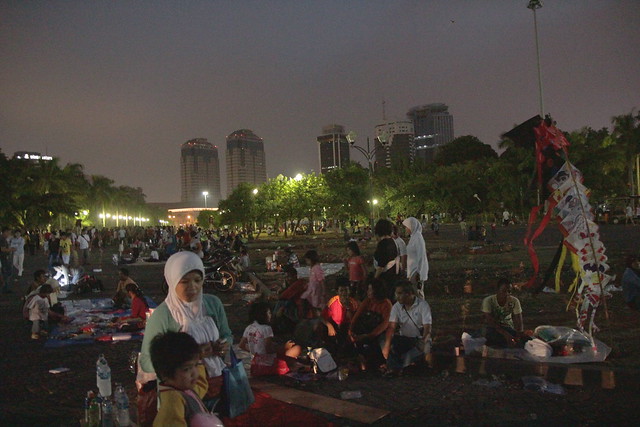 And life goes on

Bananas, cereal, and soy milk for breakfast; black beans, avocados, and canned tuna for lunch and dinner: the days of eating great food and cheaply are over and have been for the past several weeks, the sights, sounds, smells, and tastes from being on the road and giving in to wanderlust again have ended. Or rather, the glorified idea of vagabond life and travel through exotic locals, away from the comforts of home. Home to me is far more mythic than exotic locals in the land of “over there”; the mundane and monotonous routines don’t reflect a physical place to get away from, but an emotional, social, and economical, metaphysical space I am in again.